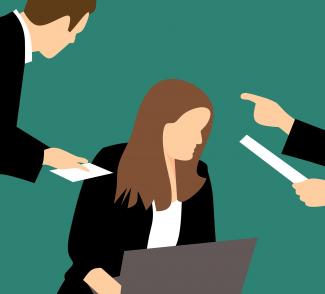 The crime of discrimination in employment is included in article 314 of the penal code that punishes “those who produce serious discrimination in employment, public or private, against any person because of their ideology, religion or beliefs, their membership in an ethnic group, race or nation, their sex, sexual orientation, family situation, illness or disability, for having the legal or union representation of the workers, for the relationship with other workers of the company or for the use of any of the official languages within the Spanish State, and do not restore the situation of equality before the law after administrative requirement or sanction, repairing the economic damages that have been derived ”.

Penalty in case of discrimination in employment: from six months to two years in prison.

Active subject:: the employer, individual (private or professional) and the collective, whether a company of a civil or commercial nature, or any collective entity.

Passive subject: the worker or workers as human beings.

Action.. It implies a difference in labor treatment as a result of the concurrence of certain characteristics in the discriminated subject that distinguishes it from other employees or workers, but without objectively justifying any discrimination